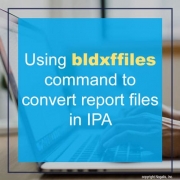 Often you will have IPA processes that run Lawson batch jobs, or perform some task with the output from a batch job.  There may come a time when you need to programmatically convert the output of those jobs to another format, such as PDF or CSV.  The bldxffiles command is a Lawson system command that allows you to do just that.  You can use a System Command node in IPA to run the command against batch job output and convert the file.  (This even works in cloud, but one caveat to note is that mutli-tenant environments do now allow system command nodes in IPA).

Using it in IPA

In the properties of the System Command Node, put your bldxffiles command.  Typically you will want to use the “S” option so you can run the command against a filename, rather than being tied down to a specific user and job name (which could change readily).  The syntax for converting a prt file to CSV would be similar to:

The NTID is for Windows only.  On a Unix system, it would be a username.

NOTE: if you are not running the bldxffiles command in the user’s print directory (i.e. you are working on a print file that has been moved to another location), you will need to make sure that you have the print file’s corresponding detail file in the same directory where you are running the command.  For instance, if you have a print file named AP520.prt, there is a correspoinding AP520.dtl file in that same print directory.  That needs to follow the prt file or your command will return an error.

Here is a command that will convert a check file to CSV format using the Lawson’s NTID.  In this case, the file has been moved from the print directory to a new directory, so the .dtl file was also copied over.  The .dtl file is also named checkf.dtl. 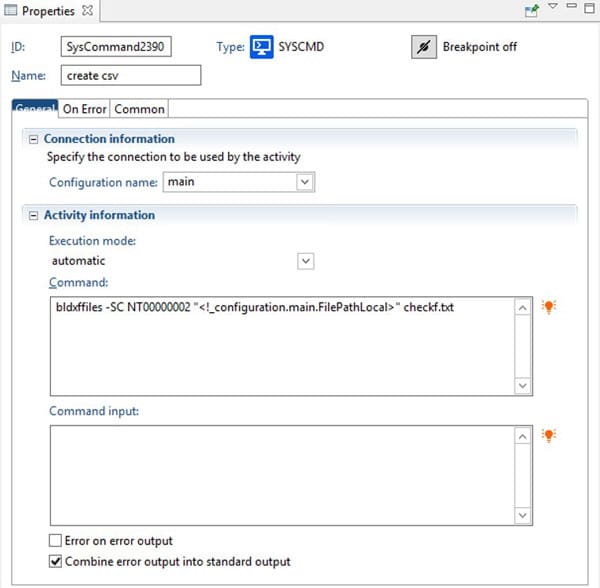