Blog - Latest News
You are here: Home1 / Articles2 / Ciber hands over the keys to Infor. What does it mean for customers? 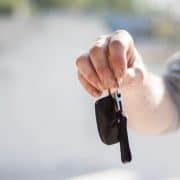 Ciber and Infor announced an agreement on March 20, 2017 to sell Ciber’s Infor practice to Infor. This is the most significant event in recent years within Infor’s Lawson client base as Ciber been serving the lion’s share of the Lawson customer base for nearly 17 years. The decision comes on the heels of Ciber’s financial troubles in recent years, most notably the repayment of a $28.2 million loan to Wells Fargo due by the end of March 2017.

According to the Form 8-K filed with the SEC on March 20, 2017, the terms include a cash payment of $15M. In addition, Infor will assume certain liabilities associated with the purchase. Ciber CEO Michael Boustridge commented that the sale of the Infor practice “reflects a fundamental decision to hone our business to a focused IT staffing foundation with complementary integrated business consulting and application development management capabilities in a synergistic digital transformation offering” but in light of the financial troubles Ciber has been in and the fast approaching due date of the loan, it’s hard to see this as anything other than a financial necessity.

Boustridge also said in his statement that Ciber is “working to provide a seamless transition and great continuity and service to our affected customers and our employees.” As it stands today, the arrangement seems to be that all Ciber employees within the Infor practice will be absorbed by Infor within the next few months. When it comes to clients however no significant plan has been announced. As with any merger, there will be some transition pains and bumpiness to be expected but it’s hard to imagine how mid-flight projects and managed service customers are going to be transitioned. According to the SEC filling, a key component of the deal is the transition of Ciber’s top 25 customers (by 2016 revenue) and “at least 90% of all specified Business Employees (as defined in the Asset Purchase Agreement), and 100% of certain identified key Business Employees, accepting offers of employment with Infor.”

The March 20th press release presents more questions than it answers at this early stage, such as:

– How will clients who have active projects mid-flight be transitioned from one organization to another?

– How will Ciber and Infor transition their Managed Service Clients?

– Will such a transition be done by customer consent or as part of an automatic consent built into the agreement with the customers?

Only time will tell. Protect Yourself from ID Theft This Tax Season

How to Apply, Stage, and Revert Application Patches (CTPs) in Lawson S3
Scroll to top