You are here: Home1 / Reports

To create an income statement for some accounting units, create an Accounting Unit list on MX10 that includes the companies and accounting units that you want to include in the report. Specify that list when running the GL293 and presto – an Income Statement with just those company-accounting unit combinations desired.

This can also be done by creating company groups if the “bursting” should be done by different companies.

A Level group can also be used which is great if one of your Accounting Unit levels signifies a reporting level.  As with the MX10 list, using RW70 level groups can also create a “bursting” effect to the GL293 Income Statement report.

Of course, creating different RW100 reports can also create the same effect and can be run together as a whole on RW100 by specifying a Report Group for example.  Use the same Format for all of the reports, and create different Row definitions that allow you to “burst” the income statement into different accounting groups. 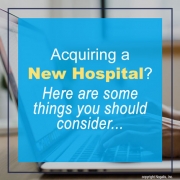 If you are acquiring a new hospital in the near future, below are 5 things to consider: 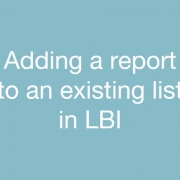 Here is an example of how to update attributes for a list that works on attributes: 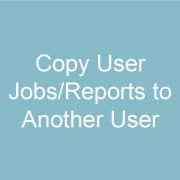 This scenario may be familiar for you if you’ve been living in the Lawson world.

Let’s say Sarah got promoted or transferred to a new position. The first thing we do is assign Sarah her new security access, but all the Lawson jobs/reports that she used to run no longer pertain to her new position. Rather, Sarah needs a new set of jobs to run and instead of creating them one by one from another user in her new department, we can simply copy them over from another user.

By the name of the command, you may think we are deleting users, but nope, there is a hidden gem inside.

First, lets login to LID and then type the delusers command and press enter You’ll now see a list of your users >> Press F8 You’ll now be able to Copy reports and jobs:

Make sure you select “Yes” for Reports and/or Jobs.

Any existing jobs/reports that have the same name from the user you’re copying from will be prompted to rename the jobs/report before continuing.